10 Most Secluded Places in the World

DonnaFebruary 7, 2020Comments Off on 10 Most Secluded Places in the World0109

10. Katskhi Pillar, Georgia – A church built in honor of Saint Maximus, sitting atop the Katskhi Pillar at 130 feet high. The church has a wine cellar and a crypt, to name some. The pillar wasn’t climbed by researchers until after 1944. Abandoned and ruined, the original church was restored from 2005 to 2009.

9. House on the Vestmannaeyjar Archipelago, Iceland – This cabin has been called the most remote home in the world. Not much is known about the mysterious island. About 300 years ago, it’s thought that 5 families lived there, where they hunted puffin and raised cattle.

8. Casa Do Penedo, Portugal – Located in the Fafe Mountains in Portugal, is settled between a rock and a hard place. Literally, it was constructed between four massive boulders. Although it looks like a Stone Age relic, it was only built-in 1974. It doesn’t have any electricity but has a cozy fireplace and a swimming pool.

7. Meteora, Greece – This gorgeous rock formation, located in the center of Greece, features one of the most remote and beautiful monasteries in the world. There are six monasteries built on natural pillars and hill-like boulders. The access to them was and still is difficult. But now steps are cut into the rocks and a bridge is built to link the nearby plateau.

6. Village of Gásadalur, Faroe Islands – Located in the islands of Vágar, this small village only became accessible by car in 2004. In 2012, Gásadalur had a population of 18 people. Despite its majestic views, the inaccessibility makes it hard to both visit and live there.

5. The Sphinx Observatory, Switzerland – An astronomical observatory located above the Jungfraujoch in Switzerland. Named after the Sphinx, a rocky summit on which it is located. It is one of the highest observatories in the world, being 3,571 meters above sea level.

4. The Crystal Mill, Colorado – Also known as the Sheep Mountain Mill, the powerhouse was built in 1892 and later, in 1985, was added to the National Register of Historic Places. The mill never had electricity. It used to power a massive air compressor, which was used to power drills at nearby mines.

3. Bishop Rock Lighthouse, UK – According to the Guinness Book of World Records, this is “The World’s Smallest Island with a Building on it.” The entire island is about 46 meters long. In 1847, the 167-foot lighthouse began to be built. In 1848, lighthouse keepers moved in, officially inhabiting the island. 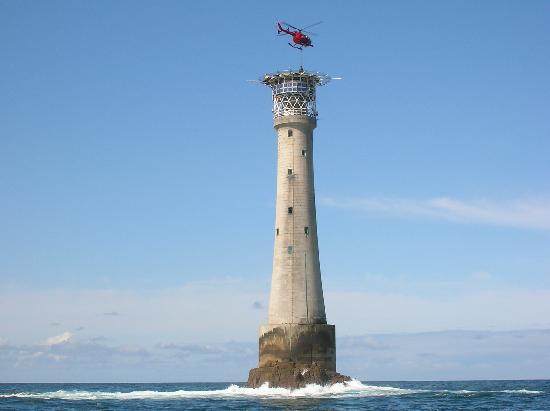 This photo of Rose Cottage is courtesy of Tripadvisor

2. Hermitage of San Colombano – Carved into a cliff face about 120-meters up in Trento, Italy, it is the perfect place for hermits. It is said that it was built on the site where a saint killed a dragon. It was built in 1319 and wasn’t used until 1782. It reopened in 1996.

1. Church of St. Johann, Italy – It can be found in the meadows of Ranui. While not entirely isolated, the small, intricately decorated church has a bucolic backdrop. Thousands of trees in front of the massive Italian Dolomites.

The Photo That Took Ages To Be Shot, Was Worth The Wait – It Is Simply Stunning

Over 350 Million Trees Were Planted in a Day In Ethiopia

Florida Is Buying 20,000 Acres of Everglade Wetlands To Protect It From Oil Damage

DonnaFebruary 11, 2020
We use cookies to ensure that we give you the best experience on our website. If you continue to use this site we will assume that you are happy with it.OkPrivacy policy